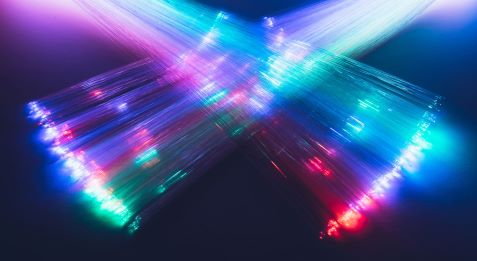 We all know how powerful the web has become and what a vital part of our work and personal lives it is. Five billion people or 63% of the world’s population are now connected to the internet – a 500% growth rate in the past 15 years!  The sheer volume of data is hard to imagine, but have you ever thought about how the web communicates and shares all that data?

The Internet is NOT One Big Network

Network-to-network communication would be unnecessary if the Internet was connected the way most people think it is. Many think of it as one giant network that links everyone. It generally works that way for the end user, but the idea of one massive universal network is a myth. If you take a close look inside the internet, you’ll see it’s a collection of large, medium, and small networks that all work together to get data from one point to another.

How Do All These Networks Communicate?

The internet consists of over 65,000 Autonomous Systems (AS). An Autonomous System can independently decide who to exchange traffic with on the web, and it isn’t dependent upon a single provider for access.

Networks of Internet Service Providers (ISPs), hosting providers, telecommunications providers multinationals, schools, hospitals and even individuals can be Autonomous Systems; all you need is a single “AS number” and a block of provider independent IP numbers. These can be provided by a regional internet registry. Though one network may be larger or smaller, technically and economically they have equal possibilities.

In order to get traffic from one end-user to another end-user, these networks need to have an interconnection mechanism. These interconnections can be either direct between two networks or indirect via one or more other networks that agree to transport the traffic.

All of these networks need a way to communicate. For that, you have the choice of IP peering, transit or direct-internet-access (DIA).

First, What is IP Peering?

At the top of the heap are Tier 1 networks. These are huge international IP networks that have points of presence in key locations around the world. Tier 1 networks are the true “superhighways” of the Internet. But like all highway systems, they don’t go everywhere.

To create an internet, you need to connect these superhighways together. That process is called peering, which is a connection between equals or peers. Huge networks have huge amounts of traffic. If two of these networks peer to exchange traffic on an equal basis, then each network effectively doubles its reach. Network A has access to all the customers on Network B and vice versa.

Tier 1 networks peer on a settlement-free basis. In other words, the networks are interconnected via high-capacity routers and the traffic flows back and forth at will. Settlement-free means that there are no toll booths at the border. Neither network pays the other because they are getting equal value through peering.

What are the Benefits of IP Peering?

By routing a portion of its traffic through peered networks, an Internet Service Provider (ISP) saves money on IP Transit costs, which is the cost of purchasing bandwidth from a telecom carrier.

Peering typically produces a more direct path between two networks, thereby reducing the distance that data have to travel. The result is lower latency and improved user experience.

The more peers an ISP has, the less dependence it will have on transit providers.  If a transit route goes down, it is possible to re-route traffic if appropriate peer networks are available.  Even in the absence of problems, peering increases the routing control an ISP has.

What is IP Transit and How Does It Work?

What is the Benefit of IP Transit?

By partnering with other ISPs and directly connecting to their networks, a provider reduces the number of steps (hops) it needs to access hosts on the partner network. For example, if a provider does not peer directly with the network associated with a destination, it would need to pass the request through a Tier 1 ISP to reach the destination. This less direct route will introduce more hops as IP packets transit additional Tier 1 and Tier 2 networks, increasing latency and reducing throughput. Purchasing IP Transit from an ISP with a strong peering network will eliminate these extra hops and the corresponding side effects.

Dedicated Internet Access is fully dedicated bandwidth that is not shared and the speed does not vary. With DIA, your internet connection is 100% dedicated to a specific location or business.

What Are the Benefits of DIA?

Usually, the number one reason for utilizing DIA is so your internet speeds don’t fluctuate. For example, if your company purchases a 100Mbps dedicated internet service, you’re guaranteed to receive 100Mbps. It’s also symmetrical – meaning you get 100Mbps for both download and upload bandwidth.

Consistent bandwidth is vital if your company uses real-time applications like unified communications, video conferencing or collaboration software, or when your company has remote users, branch offices (such as banks) or other operational needs that require always-on connections.

Every organization is very concerned about the security of its data. Many find DIA superior to shared broadband when it comes to security because data travels point to point instead of being transmitted over a line or fiber that everyone is using. Fewer entities with access to your network mean fewer potential points of failure.

DIA is often referred to as the “prioritize and protect” option for this reason. Businesses are inherently more insulated from threats while using a network dedicated to their traffic exclusively.

Think of dedicated internet access as completely customized and customizable. Not only do you start with exactly the capacity you need, but you also can easily scale up and scale down. For some, the flexibility that dedicated internet offers – since you’re on a customized plan that you can amend as needed – is reason enough to go the DIA route. You get ALL of the bandwidth you pay for when you need it and can scale your network when your needs change.

How Do You Decide Which IP Connection Is Right for You?

Speed, security, and cost are usually the top three criteria when determining which type of internet access for an organization. But ultimately what’s most important is what best meets your organization’s needs. You need to decide:

If you have questions or want to learn more about your IP connection options, get in touch with us here for a no-cost., no-obligation consultation.

Richard is an experienced network administrator with a demonstrated history of working in the Information Technology and services industry, focused in System, Network, and LAN/WAN Management. The OSI model is his measuring stick with IPv6 being front of mind in most of his decision making when it comes to design principles. His talents in leadership expand beyond network administration, leading up change management and network operations fields that have focuses on accurate documentation and reliable network monitoring services. He is a self-diagnosed gamer with interests that expand into many IoT devices.